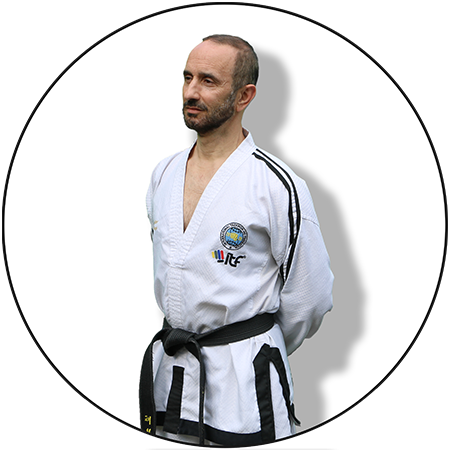 Donato Nardizzi is an ITF Taekwon-Do Grand Master from London, England. He was promoted to 9th Degree Grand Master on 16th October 2016 in Budapest, Hungary during the ITF World Cup. He has been practicing Taekwon-Do since 9th July 1977 and has devoted his entire life to the art of Taekwon-Do. His line of instructors include many Grand Masters, including being taught by the Father and founder of Taekwon-Do, General Choi Hong Hi. He began his journey at the age of 17 in Putney, training many hours each day to improve his flexibility, power, and agility. His competitive nature drove him to many competitions, winning many medals and trophies, becoming known for his impressive patterns and breaking technique.

Upon meeting General Choi Hong Hi, Grand Master Nardizzi became inspired by his morals and principles and began taking an interest in the philosophical aspects of Taekwon-Do as well as the physical. This is what led him to continue his legacy by creating the Kids Program in 2011, which is currently taught globally as the official ITF program for children and teaches the moral culture of Taekwon-Do as well as the physical techniques, in a fun and understandable way. Further, his creation of his YouTube channel was to provide dedicated students of Taekwon-Do an access to valuable lessons to learn and improve, with no barriers of cost.

Acknowledge for his hard work, he was elected to be President of ITF England for three terms, between 2011 to 2016, and also currently holds a position in the ITF as the Chairman of the ITF Children’s Development Committee. For his decades of teaching children in his local community and his work with the Kids Program, Grand Master Nardizzi was nominated the honour of being an Olympic Torch Bearer in the 2012 Olympics in London.

Grand Master Nardizzi runs many Taekwon-Do schools in London and he even runs his own Taekwon-Do association, Taekwon-Do Impact, which is affiliated to ITF England and the ITF.